When Did Your First Domino Fall?

I’ve known Sara, over at Sara with no h, since first grade.  She has always had a way with words, whether she’s telling a story or hooking you with her first sentence.  Her latest post, Most Important Day, is one that gets you thinking.  So please read on (I am hoping 25+ years of friendship entitles me to use her post!) and leave a comment telling us when your first domino fell . . .

This is an essay I submitted for a contest. I did not win and since I am a poor sport I decided I would publish it on my own here. This is the story of the most important day in my life so far...

Once set in motion, tumbling dominos fall with ease and grace — but only if every domino is in exactly the right place. The most important day in my life when was the first domino fell.

After completing college I returned home in the summer of 1997 to look for a job. I wasn’t having much luck. But then I heard from Rosemary, one of my college professors. She had moved to Greenwich, Connecticut to serve as the Director of the Town’s chapter of the American Red Cross. She had a job opening that was perfect for me. I applied. I was the Board’s second choice. When the first choice fell through, I packed my ’92 Ford Escort, drove the 400 miles, and nestled into a 600 square foot apartment. I was lonely at first, so I bought two cats. I started work in September.

On December 2, 1997, Rosemary walked into my office and introduced me to the new Director of Volunteers that would be working two doors down from me. That is the day I met Rob - the man that would become my husband, my best friend, and the father of my children. There are very few days in my life that stand out like Polaroid snapshots in my mind. This is one of them. I was twenty-two years old, at my first full-time job, sitting at my first desk in my first office. Rosemary was standing to Rob’s left. He had a goatee, beatnik looking eyeglasses, and was dressed in a sport coat and tie. It was a brief introduction, but the days and months that followed were nothing short of miraculous.

Rob had just dropped out of graduate school and returned home to Greenwich to decide what his next step would be. He was my age. Other than that, we had very little in common. He was intelligent, health conscious, loved to debate, and played the guitar. I’m more of what people would call “creative.” I’m not one for egg whites or plain grilled chicken. I can’t stand listening to arguing. I thought about taking flute lessons in elementary school once, and I have a long list of excuses why I shouldn’t go to the gym. Not only was he different than me, he was different than anyone I had met before. His world views were passionate and informed. I hated politics and history (his major in college.) And he questioned my degree in Communications – yes, it’s possible to write a report on One Life To Live. I couldn’t stop talking to the guy.

Since Rob was back in his hometown, he was surrounded by friends and family. He offered to take me out with his friends one weekend – my first weekend out since I had arrived in Connecticut. Rob was quickly becoming a good friend. We would talk about his “sort-of” girlfriend back in New York City and my “sort-of” still boyfriend that lived an hour away. I had spent the last four years in a miserable relationship that was dominated by arguments over little things. The more I got to know Rob, the more I realized that life doesn’t have to be complicated. Within a few short months, I was head over heels in love. This was not a crush. I did not think it would pass.

The day that confirmed my “suspicion” was the day we had to get certified in Community First Aid and Adult & Child CPR at work. We were being taught how to save a victim from choking. The best way to learn is to practice. He was wearing a blue knit sweater and I had on a chunky, oversized red and cream sweater from Express (this is another Polaroid moment for me.) His job was to put his arms around me and give upward thrusts. I was nervous. Will he think I’m fat? Am I sweating? I wish my sweater wasn’t so huge! But as he wrapped his arms around me I melted and forgot about everything else. It seems pretty silly now since he was only pretending to be saving me from choking. And I am sure that’s all he was thinking!

One of my favorite movie scenes is from Sleepless in Seattle where Meg Ryan is sitting in her car listening to the radio broadcast (horses, horses, horses) on Christmas Eve. Tom Hanks starts talking about what made his wife special and says: “Well, it was a million tiny little things that, when you added them all up, they meant we were supposed to be together... and I knew it. I knew it the very first time I touched her. It was like coming home... only to no home I'd ever known... I was just taking her hand to help her out of a car and I knew. It was like... magic.” And the camera goes back to Meg Ryan and she says “magic” at the exact same time. It’s the only way I can explain that moment with Rob - magic. I had never met a man that gave me butterflies or made me weak in the knees. And there I was, melting away inside, trying to listen to the instructions so I could practice my upward thrusts on him. But I didn’t want him to let go. That was the moment I knew I was falling in love, true love.

We started dating in March 1998, got engaged in Washington, DC on the steps of the National Headquarters of the American Red Cross in May 2000, married in October 2002, welcomed our daughter in March 2004, and completed our family with the birth of our son in July 2008. We have moved six times, lost a beloved cat, mourned the passing of family members, and cheered our daughter on at her first dance recital. I am looking forward to the next chapters in our lives.

Posted by sarawithnoh at 9:54 AM

That was a great story. :D It's an amazing moment when you realize when your first domino fell. 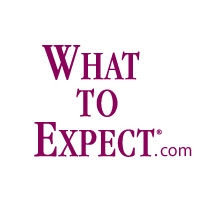